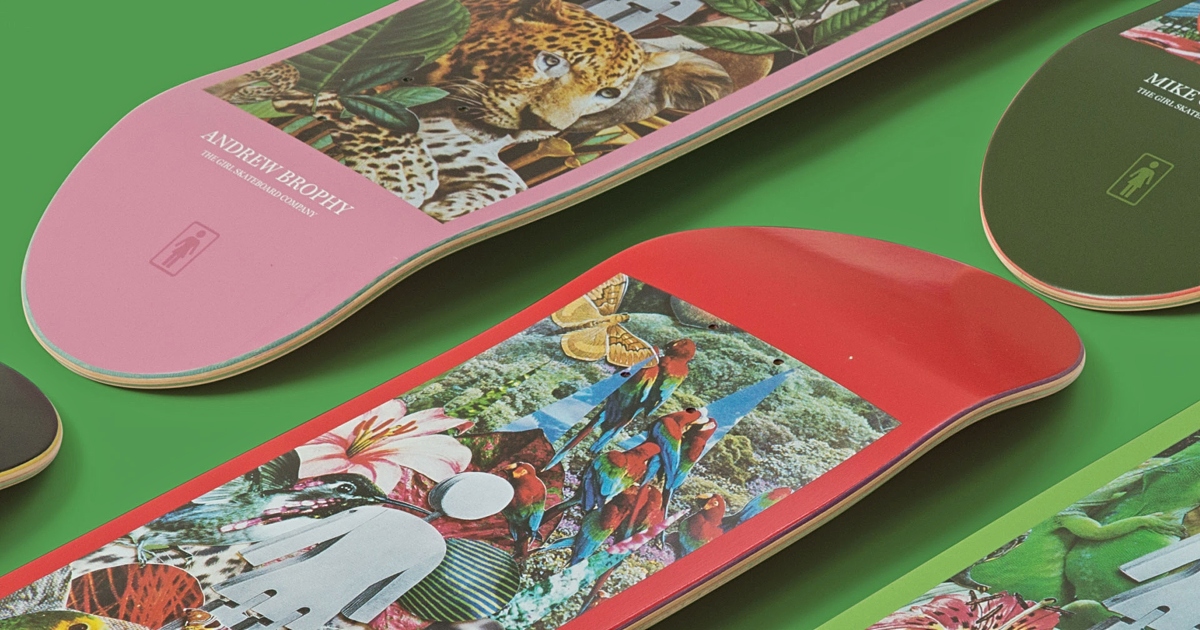 Girl skateboards doesn’t mean it’s for girls! Girl Skateboards is a company that was started in 1993 by Rick Howard and Stacy Peralta. It is a skateboarding company that focuses on the promotion and sponsorship of female skaters.

Girl Skateboards sponsors a range of events, from amateur to professional-level skateboarding competitions and demos. They also partner with other organizations such as the Tony Hawk Foundation and Women’s Sports Foundation to promote female skateboarders. The company has also produced several videos over the years that feature its team of riders, including “Yeah Right” and “Fully Flared”.

The History Of Girl Skateboards

Girl Skateboards is a company based in California that came into existence in August 1993 and specialized in skateboarding products and activities more specifically skateboard decks. It was started by motivated individuals who put efforts together to see to its success. Their products include clothing, accessories and skateboard tools among others.

They settled on a logo which resembles one in females’ restrooms. This logo was designed by a renowned artisan by the name Andy Jenkins who later became the head of the art department in the company. The company not only focuses on skateboarding but also owns Chocolate Skateboards and Royal Trucks. Chocolate skateboards were launched in April 1994 as a means of adding their friends to Girl’s Team.

The name of the company “Girl” came from a joke cracked by a friend of one of the founders, Rick. The joke on him insinuated that he skates like a girl. As funny as it sounds, they settled on the name “Girl” because it looked hilarious and friendly.

This company was started as a result of a friendship which grew from skating. The founders, having been riders with the World Industries Umbrella, had made several observations which included how pro skaters were being handled, their careers being ended abruptly and their being replaced. From this, they thought of starting up their own company to venture into skating on their own for fun activities. To them, skating is all about fun and having a real connection with friends.

Its founders are Rick Howard, Mike Carroll, Spike Jonze and Megan Baltimore. The company however has a professional team which has several individuals including the founders. As friends, the founders brought the conversation up and agreed to be part of this life-changing journey. The company has since grown into a successful one.

Having been previously involved with World Industries, the founders kept their company a secret at the start to avoid unnecessary beef, however eventually the news was up and not everyone was happy for them. It was so bad that they were blacklisted by the World Industries Umbrella and threatened with a legal suit.

The team kept growing as the founders added their friends. Brandon Biebel was added to the team in 2002 for filming purposes and he filmed the “Yeah Right” skit that was released in 2002.

Jereme Rogers was included as a part of the team as a young kid at the age of 15 years from Boston. Jereme was riding with Coliseum Skateshop. He later won the Transworld skateboarding’s Rookie of the year award. He was part of the team and retired in 2009 to pursue his career in rap music.

Paul Rodriguez joined Girl Skateboard after dropping out of high school to pursue his career in film, comedy and skate. Initially, he was a rider with the City Stars and in 2002 he was given a pro-model board as his first board.

Girl Skateboard has done well in videography production and some of their productions include:

Released in 1994 shortly after its formation. This is their first video featuring their original team and guests from the Chocolate team. It was the most creative film ever made. The film then set the standard that other films used which included creative narration skits and starred the riders on the team.

Released in 1997 as the second video based on the novel “Das Maus”. The video was also directed by Spike Jonze and followed the same model as Goldfish which featured creative and narrative skits in between skates.

This video was about the summer of 1999 when the team had to rush against time in what they thought would’ve been a normal skate tour across the USA. The chocolate brotherhood had to deal with forgery, brushes with the police, and other misfortunes on their way to saving the Girl team.

Released in 2003 and it is the most influential skit ever. Its introduction is captivating and features a good length, amazing soundtracks and captivating special effects. The intro captures the skateboarding video featuring the Invisible Board in ultraslow motion. Owen Wilson is also featured in this skate video.

Girl Skateboards sells all kinds of products such as decks, trucks, wheels, complete skateboards, clothing, hats and accessories. The decks range from classic designs to modern and innovative deck art.

You can also find a wide selection of apparel such as t-shirts, jackets, hoodies, tank tops and accessories like hats, pins, keychains and stickers. The clothes are made with excellent fabrics that are soft and comfortable and have cool graphics.

Girl Skateboards having specialized in skate equipment have the best skates with different designs, logos and graphics. The skates are in distinct categories which include:

Aside from skateboards, Girl also sells tons of decks, wheels, hoodies, t-shirts, and accessories. Take a look at all of the best Girl skateboards merch on Amazon.

Girl Skateboards is an innovative company that is known for its unique designs and special effects. They have released several skate videos featuring narrative skits in between skates. The most popular video ever released by them is Yeah Right! (2003). Girl Skateboards has been a leader in the skateboarding industry for decades and continues to provide high-quality products for both novice and professional riders alike.

Girl Skateboards is a company that makes skateboarding equipment and other accessories. They have a wide selection of decks, which are all well-designed with nice graphics and beautiful art. Girl also sells clothing, hats, and accessories. You can find their products on Amazon. Magneto is a young and rising longboard brand from California. The history of skateboarding began in Carlsbad, California, where the Magneto tradename was acquired from a British company by a team of seasoned product engineers who have successfully revived the longboard brand. However, because of good reviews and ease of accessibility, they have been a… WhiteFang complete skateboards are an excellent skateboard for introducing people into skateboarding, beginners, and those in need of a spare skateboard. As you become a better skateboarder, you will definitely outgrow this deck. However, it is an amazing deal for the price to discover whether or not you want to continue with the sport. Skateboarding… Looking for a quality skateboard that is built to last? Check out the Birdhouse skateboard! This board is perfect for beginner and intermediate riders, and it comes with some great features that set it apart from the competition. In this blog post, we will take a closer look at the pros and cons of the… Enjoi Skateboards is a newer professional skateboard brand co-founded by Rodney Mullen and distributed by the Dwindle Distribution, which is now part of the Globe group. The Globe Group, which includes Enjoi, Almost, and other renowned garments such as Cliché, Blind, Superior, Darkstar (and more), is all distributed under the Dwindle Distribution umbrella. In addition…