Go Skate Day is a non-official international holiday. Every year Go Skateboarding Day falls on June 21st, which happens to be a Tuesday in 2022. But what is Go Skate Day, and how did it start? Let’s answer those questions and many more.

Go Skateboarding Day is an annual promotional event organized by the International Association of Skateboard Companies (IASC). It began as the All-Star City Skate Jam held by Kernel Roach and Bryan Chin in 2002 in New York City, and as it grew, it was renamed Go Skate Day in 2004

As Transworld Skateboarding puts it, “On June 21st, skateboarders around the globe will celebrate the pure exhilaration, creativity, and spirit of one of the most influential activities in the world by blowing off all other obligations to go skateboarding.

OK, most skateboarders do this every day of their lives, but this is just one more reason to blow off your television/computer/video games and go skateboarding!”

Go Skate Day was created in 2004 by IASC, with a handful of events across North America. The Go Skate Day event was created to help make skateboarding more accessible and acceptable in major cities worldwide.

While it didn’t start off with a bang, it grew with the years. In the first year, 2004, there were only a handful of events. While now, Go Skate Day is an international day of skateboarding. It is celebrated in many major cities and towns across the world.

Don liked organizing informal skate outings with fellow industry employees. And many in the industry, despite working for skateboard brands, couldn’t find much time to skate outside of work. That being said, Don proposed creating a National Skateboarding Day that would motivate people into skating.

“Whenever I looked at calendars, there would always be these stupid things like National Bird Day or Puppy Day,” Don said. “And as much as I feel like we don’t need a lot of those days, it did create a focus that everyone talked about. Now that the day is on the calendar, skateboarding media, on a mainstream level, would start holding events.”

Per Welinder, co-founder of Birdhouse Skateboards, suggested calling it Go Skateboarding Day to give the day a call-to-action. With that, they set a date for June 21st, the longest day of the year.

In 2005, the IASC received recognition from US Congresswoman Loretta Sanchez to promote skateboarding and encourage young people to get outside and practice skateboarding. And in 2006, more than 350 events took place across 32 countries due to Go Skate Day

In 2007, some skaters celebrating Go Skateboarding Day ran into conflicts with the law. One of the incidents involved Matt McCormack, Skylar Nalls, Robbie Brindley, Casey Canterbury, and several others in Hot Springs, Arkansas. The group was involved in an incident with the police.

Baird and the involved skaters contend that the police used excessive force when they arrested them; the law maintains that the officer was enforcing a city ordinance.

The incident made headlines when a YouTube video of the arrest was uploaded and was viewed over three million times, followed by intense internet debate over the incident and Go Skate Day.

The video is still available on YouTube; however, we suggest watching it at your own discretion. Therefore we made the decision not to post it here.

Today, seventeen years after the first Go Skateboarding Day, it can be challenging for some skateboarders to get excited about going to any events. It is sometimes seen as a marketing gimmick for many of the large skateboard brands.

Even more, the events themselves can often feel like an over-crowded skatepark. Kids ride, attempting tricks without enough care for those around them. And former pro skaters can be heard projecting motivation and encouragement through megaphones.

Still, to alleviate some of the negative feelings that some people have toward Go Skate Day, they can think back and remember Go Skateboarding Day’s carefree origins.

“One day, I just sent a fax out to the local [Costa Mesa] brands, like Volcom and Channel 1 and Acme. ‘Let’s all get together and skate down to the pier, have a few beers, and skate back,’ said Brown.

“We had probably around 20 different people together. It was a rad feeling to have everyone together saying f*** work and going to skating.”

Go Skate Day is an annual holiday that was created by Mathew West and the Go Skateboarding Foundation to encourage everyone to go skateboarding. Go Skate Day is a celebration and honor of skateboarders and skate culture worldwide. It creates an environment where all people can enjoy and celebrate skateboarding. It was started as a way to unify skaters all over the world through one common denominator, skating.

The official date of the holiday is June 21, but depending on your location it may fall on different dates because of daylight savings time. This day has made it easy for kids, teenagers, and adults around the world to go out onto their neighborhood streets or parks during this one special day, break out their board and join in celebrating skateboarding culture.

Although not mandated as a compulsory holiday, people have taken notice of this new holiday and have begun organizing public gatherings along with skate events worldwide. It’s become so popular that local authorities are beginning to pay homage to Go Skate Day.

It has been called “the most awesome holiday of skateboarding” by many, including Paul Rodriguez.

This Go Skate Day, grab your board and show your love for the sport. 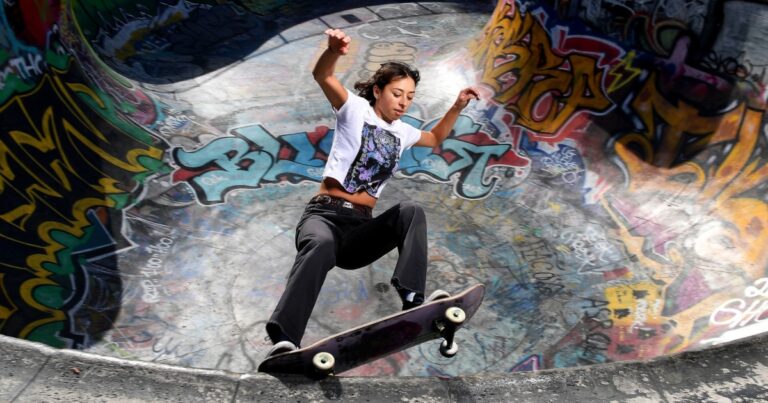 Skateboarding is one of five debut sports to be showcased at the 2021 Tokyo Games, along with karate, surfing, baseball, and sport climbing. Skateboarding has often been debated whether it is actually a sport or not. Being added to the Olympics, we can finally put that case to rest. Skateboarding is a sport. Furthermore, it… Skateboarding is a difficult sport and even harder to master. It requires a lot of coordination, balance, and strength. Many people try skateboarding but few make it to the top. A lot of new skaters get demoralized when they try it for the first time because skateboarding is hard. It takes a lot of practice… Skateboarding is legal in public places, including the sidewalk. It is important to know that there is a common misconception that skateboards cannot be used on sidewalks or the sides of roads. However, in most municipalities, it’s simply that, a misconception. Like bikes or rollerblades, skateboards are perfectly fine to ride on the sidewalk as…