Contrary to what many believe, skateboarding is not losing popularity. It’s actually gaining it. In the past few years, there has been a resurgence in the sport. Skateboarding is also becoming more mainstream, with celebrities such as Justin Bieber and Lil Wayne often being spotted riding around on their boards.

Despite the fact that it is often seen as a rebellious activity, skateboarding can be a great way to stay fit and active. It’s also a very social sport, with many skate parks becoming hotspots for young people to hang out and meet new friends.

Although the popularity of skateboarding hit an all-time low in 2012, recent trends show somewhat of a resurgence. The pandemic sheltered a lot of people and gave them a lot of time. With this, many people decided to take up new hobbies.

The skateboarding market was lucky to be one of the many markets that flourished. The global skateboard market rose to USD 2.3 billion in 2020 and is forecasted to rise to USD 3 billion by 2028. However, some people are still skeptical about the future of skateboarding. The fact that it’s an activity that is often associated with rebelliousness and counterculture doesn’t help its case.

The 2020 Tokyo Olympics also had a hand in bringing more popularity to the sport. When skateboarding was announced as an official sport, many people were surprised. The Olympics are typically known for more traditional sports. However, the International Olympic Committee (IOC) saw skateboarding as a way to appeal to a younger audience.

Where is Skateboarding Most Popular?

The United States is the most popular country for skateboarding. Just over 10% of all skateboarders in the world are from the USA.

Some other countries that are popular for skateboarding include:

While some countries don’t have many skateboarders, it’s possible to find skaters in any country. Skateboarding builds a community and is an excellent source of exercise. Many cities see the value in having young people skateboard because it keeps them active.

How Many Skateboarders Are There?

Did you know that 85 million people around the world participate in skateboarding? While this is traditionally considered to be an American sport, its popularity is exploding globally. In fact, more than half of all U.S. skaters live in California and more than 75% are under 18 years old. This makes it the 6th most popular sport worldwide!

Skateboarding is somewhat of a cyclical sport when you think about it. It’s not nearly as popular in the winter but then comes back in full force in the summer. It’s hard to go out on a nice day without seeing a few people with skateboards.

The market is cyclical too. Every decade or so skateboarding loses traction and popularity and then starts making a comeback.

Skateboarding lost some of its steam in the 1960s because of the overproduction of low-quality goods. Instead of worrying about the quality of their skateboards, companies only cared about mass-producing them. Unfortunately, this led to many people being injured from poorly made boards and a bad taste in their mouths.

Although the 70s were seen as a golden era for skateboarding, there was one thing in particular that caused the sport to go into its own recession. As the sport exploded, everyone wanted to build skateparks to capitalize on the market. Many skatepark owners were forced to close their businesses as the end of the decade neared due to skyrocketing insurance rates. Demo teams came in and destroyed the parks, taking away from the growth of the sport.

The recession in the early 90s sparked another decline in skateboarding popularity. The worldwide recession caused many skateboard companies to shut their doors forever and even more skateparks closed down. Read more about the skateboard history timeline.

Skateboard Brands That Died Off (RIP)

As seen in the image above, searches on Google have been way down since 2004. The top countries that look up skateboarding include New Zealand, Australia, the United States, Canada, and the United Kingdom. Although search traffic is down, the sport is still growing.

It’s interesting to see the cyclical nature of skateboarding and the ebbs and flows of its popularity. What’s even more amazing is that, despite some declines in interest, the sport continues to grow. This could be due to the many technological advances that have been made in skateboarding over the years – from better boards to innovative tricks that are constantly being invented. Whatever the reason, it looks like skateboarding isn’t going away anytime soon! Skateboarding is an extremely fun sport but can you skateboard in the rain? Unfortunately, skateboarding in rain or wet conditions is not safe and will cause irreparable damage to your skateboard. The deck’s wood soaks up water and begins to warp, the bearings can rust and seize, and it can cause the trucks to rust… 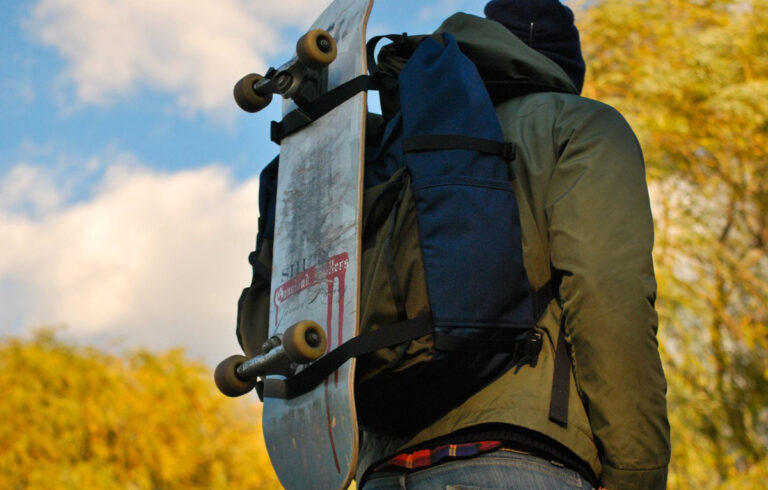 The “correct” way to hold your skateboard is under your arm at the middle of the board, with your trucks and graphics facing out. There is a lot of controversy about holding your board by the trucks, called a mall grab. In the past, only posers and beginners held their board that way but things… Skateboards come in many different shapes, sizes, and colors. But for some, figuring out the front of a skateboard can be difficult. A regular skateboard looks somewhat like a popsicle stick and so it can be hard to figure out which side is the front and which is the back. However, there are a few… Skateboarding is a rigorous cardio workout that helps develop key muscles. Some of the muscles that you build while skateboarding include your hamstrings, glutes, quads, lower back, and abs. Not only is skateboarding an excellent cardio workout, but it can also improve your balance and coordination. However, there are many other health benefits of skateboarding….