Skateboarding is one of five debut sports to be showcased at the 2021 Tokyo Games, along with karate, surfing, baseball, and sport climbing.

Skateboarding has often been debated whether it is actually a sport or not. Being added to the Olympics, we can finally put that case to rest. Skateboarding is a sport.

Furthermore, it has historically been a sport without rules. With that in mind, it should be considered that the skateboarding that we see in the Olympic games may be different from the X games, films, documentaries, or video games that we’ve played.

Still, it is an exciting time for all skaters and board sport enthusiasts.

Who Is Skateboarding For Team USA?

The men and women who make up the park and street skateboarding team for Team USA have all been qualified and locked down their spots. There will be three skaters for each gender in each event.

The twelve skateboarders that will represent the USA at the Tokyo Olympics are:

What Kind Of Skateboarding Will Be At The Olympics?

The street competition will feature a straight, flat course. There will be staircases, handrails, benches, walls, and slopes to mimic an actual street that the skaters can use to showcase their tricks. Street skateboarding has always been characterized by grinding curbs and rails, flat ground tricks, and turning the environment around you into your own skatepark.

The park competition is set to take place on a hollowed-out course with large, steep bowls. Skaters will launch themselves through the course performing jaw-dropping spins, grabs, and flip tricks in midair.

Olympic skateboarders have the creative freedom to choose which parts of each course they want to cover and which tricks they perform. Not to mention, each skater will be accompanied by music during their set.

One athlete rides at a time, and the competitors get three timed attempts to post their best score.

When And Where Is The Skateboarding Event?

Olympic skateboarders will compete at Aomi Urban Sports Venue in Tokyo, Japan. It is the same venue that will host 3×3 Basketball and Sport Climbing.

The street skateboarding events will take place on July 25th and 26th.

The park skateboarding events will take place on August 4th and 5th.

You can watch the Olympics at any of the following: NBC, NBC Sports Network, USA, CNBC, the NBC Olympics channel, the Golf Channel, and Telemundo.

To stream: Peacock, NBCOlympics.com, and NBCSports.com.

The Tokyo Olympics can also be watched on streamers that feature NBC, such as Sling TV, Hulu Plus, FuboTV, AT&T TV, Xfinity, and YouTube TV.

How Will The Athletes Be Judged?

The judges will score the skaters on speed, originality, stability, timing, difficulty, and flow of the performance. In each round, the skaters will perform two 45-second runs and five tricks. However, only the best four of the five tricks will count towards the skater’s score.

In each round, the athlete’s four highest run or trick scores will be added to create their final round score. Then, each of the five judges will score the run based on a 0 to 10.0 point scale.

Another important skill that the judges will be looking for is the ability to seem suspended in the air. To get your skateboard riding like it’s brand new again you need to learn how to lube skateboard bearings. I recommend that you open them up, clean, relubricate them and store them in a moisture-free container until they are ready to use again.  You might be able to go ahead and clean and lube your… 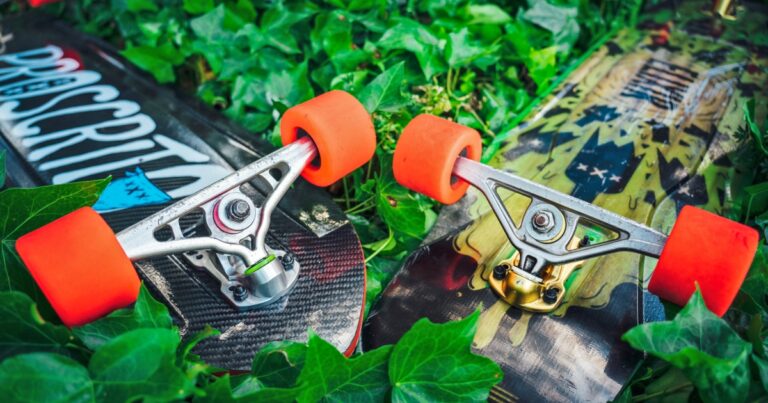 Are you looking for a fun and healthy way to get back into shape? Longboarding might be just the thing for you! Even though it isn’t as intense as skateboarding, you will still burn calories. In fact, longboarding can help you lose weight and burn calories while you have fun. Longboarding burns calories, much like…